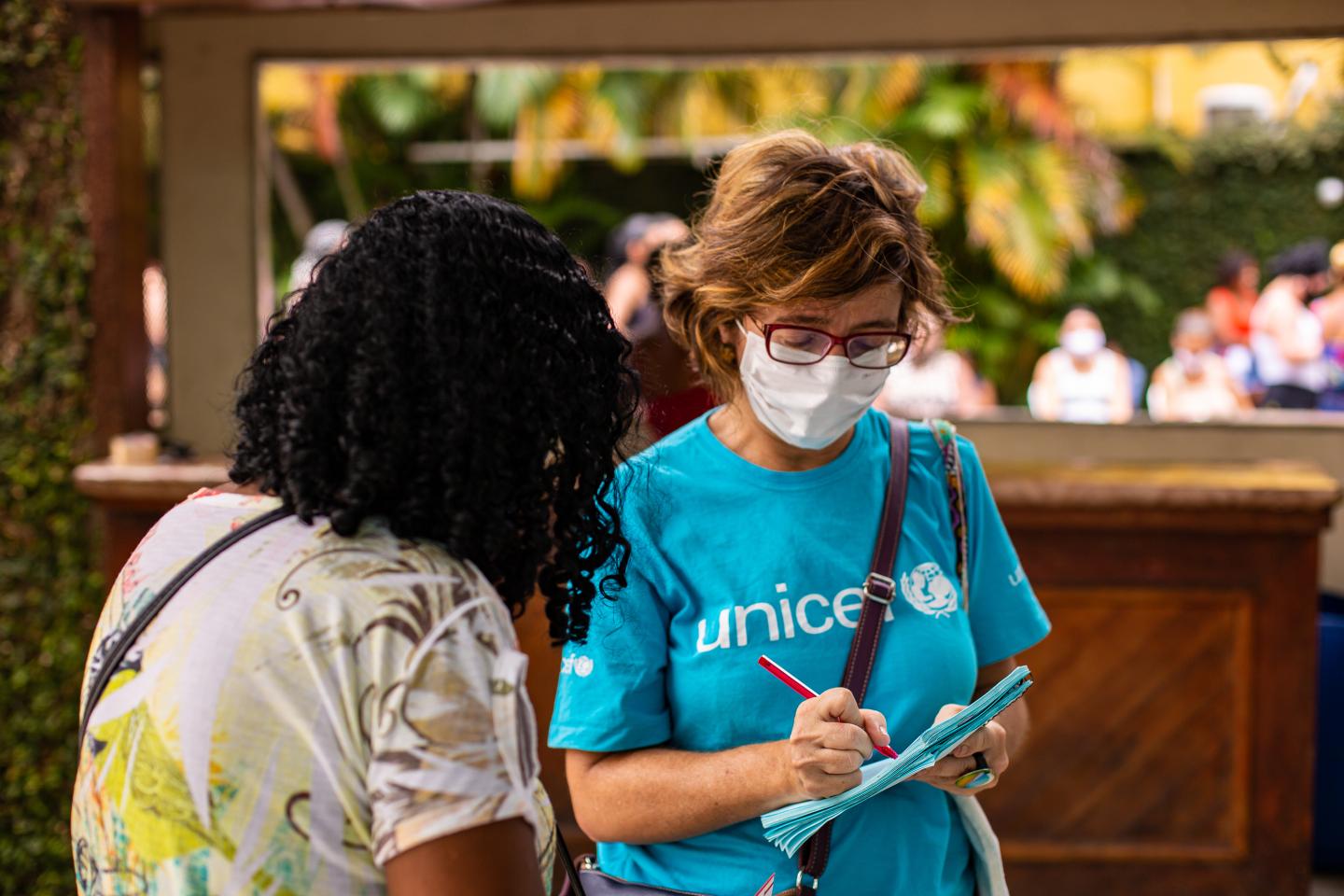 Brasilia, March 24, 2022 – Brazil needs to invest in long-term and long-term social protection policies to effectively and efficiently reduce child poverty. “Child monetary poverty in Brazil – epidemic effects on the incomes of children and adolescents” released by UNICEF this Thursday, reveals that children and adolescents are more affected by monetary poverty in Brazil. . During the epidemic, emergency aid contributed to temporarily lowering these rates, but they rose again when the benefit was reduced or suspended. The study was done by economist Daniel Duke for UNICEF.

Research brings simulation with data from 2020 and data from 2021, to understand the effects of monetary poverty (defined by the World Bank, how to live on less than U $ 5.50 / day for high-middle-income countries such as Brazil) and severe monetary poverty in children and adolescents before and during the epidemic ( Life below US $ 1.90 / day).

With the advent of the epidemic, the National Congress approved, and the executive passed emergency aid to try to minimize the effects of the economic crisis, which went into effect between 2020 and 2021, with values ​​passed to the population with moments of suspension and change.

In the 3rd quarter of 2020, when the R $ 600.00 aid was disbursed, children’s monetary poverty fell from approximately 40% to 35%. Over the next three months, with benefit cuts, the child poverty rate rose again to 39% – returning to levels similar to the pre-epidemic moment. With regard to acute child monetary poverty, the percentage fell from 12% to 6%, returning to 10% over the same period.

“In Brazil, emergency aid was vital during the crisis to temporarily reduce children’s monetary poverty. However, they did not seek to address the problem of poverty in the medium and long term – it must be done through permanent and sustainable social protection policies, “asserts Brazil’s UNICEF representative Florence Bauer. Strengthening social protection policies is urgent ”.

Brazilian inequalities persist
Non-white girls and boys, and those who live in the North and the Northeast – and continue to be – are much more affected by whites and relative incomes than in other parts of the country. Child monetary poverty for non-whites and residents of the North / Northeast is doubled compared to other groups.

Emergency assistance is more effective in temporarily reducing the monetary poverty of non-whites and people in the North and Northeast, although rates for both groups are higher than for Whites and people from other regions.

Recommendations for tackling children’s monetary poverty
The study confirms that if income transfer policies are well managed and focused, they can have positive effects on the social protection of children and adolescents, especially the most vulnerable. In this scenario, UNICEF makes three recommendations:

While it is positive and necessary to increase average values ​​for the first year of Axelio Brasil, it is necessary not only to maintain a similar level in the coming years, but also to control the values. Benefits to avoid losses caused by inflation. It is also necessary to ensure that all eligible Axelio Brasil beneficiaries benefit from staying on the queue according to program standards. Periodic adjustments to eligibility lines need to define who should benefit.

There is concern about the cost of these types of programs, but initiatives such as the Bolsa Family represent an investment of 0.5% of Brazilian GDP and have positive multidimensional impacts on families’ lives, especially with children and the economy. ..

2. Ensure procedures to extend coverage in the event of an emergency or public disaster

The new Axelio Brasil program is necessary to provide mechanisms for the temporary expansion of its coverage in the event of traumas, preventing parallel public policy responses from occurring in emergency situations such as those experienced by the Kovid-19 epidemic. Therefore, it is necessary to ensure safe and clear sources of funding for the program, as defined in its legislation, establishing it as a state priority.

3. Extend the Unified Social Assistance System (Suwas) to strengthen social assistance surveillance, active search procedures and the continued registration of the population of the non-serving population of Auxilio Brasil, but in the event of trauma, it is more likely to fall into poverty

For the foreseeable future, in addition to the need to create and strengthen ad hoc procedures to extend Auxilio Brasil to non-poor groups – but also to make them more susceptible to poverty in cases of trauma – it is necessary to strengthen the methods of continuous identification and recording. Include them and current income transfers, especially Axelio Brasil.

It is estimated that approximately 20% of families have taken advantage of emergency assistance since the end of emergency aid in October 2021. In addition, families with children are more vulnerable than childless families. , Especially given the decline in employment.