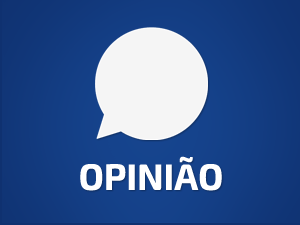 The start of a financial organization of couples occurs from the establishment of a relationship, be it marriage or a stable union. This is because, as soon as the marital bond is established, the asset regime that controls the economic aspect of the relationship is chosen.

The choice of property governance is seen as the greatest right to freedom in the patriarchal sphere of family law, or the most famous private autonomy. Article 1639 of the Civil Code, for example, makes it legal for spouses to dispose of property elements in the most favorable way, giving them space for freedom in preference to the specific rules of financial and family organization. The specialty is that it is possible to adopt one of the regimes provided for in the legislation: the universal community, the partial community, the separation of property or ultimate participation in aquestos; Or even prepare a contract (in the case of a prenuptial agreement, a marriage, and an agreement or a statutory union, in the latter case), in which the couple already establishes their own rules, including the ability to merge the properties of the regimes. Established by law.

It is also possible to choose the administration of the property at the beginning of the union and to change it to a future one that is appropriate for the future. Once the legal requirements are met, the couple can petition the court to change the patriarchal regime, and in this way, it becomes feasible to maintain a dynamic economic organization that is consistently consistent with the aspirations of normal life. However, is this degree of autonomy extended to all?

The answer is negative: the freedom of disposition over the financial organization of the family is not available to everyone without exception. Although couples are allowed to choose property rules that govern the relationship, Article 1641 of the Civil Code establishes restrictions, in some cases imposing mandatory administration of separation of property. The list of those who are not at liberty to dispose of their marital property are those who marry without notice of the reasons for the suspension of marriage, those over the age of 70 and those who rely on the judicial supply to marry.

From this perspective, the restriction on the freedom to choose marital governance established by law, especially with respect to the elderly, is aimed at protecting the interests of their paternal and their successors. In other words, the assumption of vulnerability is that they feel incapable of discerning property management’s choice to control their relationships created by the mark of this age, so that the state can establish rules that provide greater patriarchal separation between spouses.

The implications of the compulsory validity of the separation regime are varied. In the succession plan, as already mentioned, the spouse or partner is removed from the list of heirs when there is a descendant, and the couple resort to planning tools, such as a will, if they wish to establish one as their successor. In this case, the interested party may formalize the disposition of the last will by establishing the spouse as the heir of the testimony, respecting the legitimate one, and reserving it to the other necessary heirs (e.g. ascending and descendant).

On the other hand, if there are no descendants, the spouse or spouse becomes part of the inheritance line, even if it is subject to a mandatory separation regime. According to Article 1,829, II and III of the Civil Code, if there are no descendants, the spouse competes with the ascendants and, in the absence of this, the sole surviving spouse or partner who receives the property left by the deceased. , Following the order of the hereditary profession.

On the other hand, the precedent number of the STF. The debate around the applicability of 377 is even more sensitive, as its content implies a measure of paternal confusion between those who are subject to the rule of legal segregation. Despite the fact that the text stipulates the transmission of “assets acquired during marriage,” it is currently understood that there must be evidence of a common effort to share property, acquire it (REsp nº 1.623 .858)

The controversy, however, does not end there. Considering the impossibility of the provision on property governance for those who fit the age assumption, they are doomed to apply the precedent number 1. From this point of view, the STJ began to understand that interested parties could reject the application of the contract by their own agreement – prenatal or statutory union agreement, which is essentially a measure of further protection over the property of the elderly, which is the central purpose of the separation regime in its mandatory form (REsp nº 1.922 .347 / PR).

Another interesting issue arises in cases where interested persons – married or living together – have been living in a marital relationship before the age of 70 years and, after that age, intend to change the administration of the property by observing the legal requirements provided for in Article 1,639. §2º., Civil Code. This debate is still open to the jurisdiction of higher courts. The authority to change property governance lies with the need for 1) judicial authority; 2) rational request from both spouses; And 3) the protection of the rights of third parties. If these premises are met, and the motivation of the interested parties to submit a change is considered relevant and flexible, it is entirely possible to modify the terms of the marriage during the relationship experience.

However, those who are married under the asset regime, elected when there is no restriction on their choice, are surrounded by the possibility of (im) changing their status to another after completing 70 years. In some similar cases, the STJ has already determined that a marriage established by people over the age of 70 is not limited to a mandatory separation regime before the couple lives in a stable union when choosing a property administration (REsp nº 1.318 .281).

However, this is not the ultimate solution to the debate, as it does not define the possibility of a change in the administration of the property after the aforementioned age mark. To unravel this contention, it must be noted that the choice of administration of property is a different right of its alteration. On the one hand, if spouses can choose their patriarchal terms during marriage or in a stable union, should they be limited if the change occurs after completing 70 years?

In short, given the current marital relations dynamics, individuals are increasingly shouting for greater autonomy and dispositional independence in relation to their paternal organization. On the other hand, it is up to the law to coexist with social change, permanently able to meet the demands of family relations, including the adjustment of those bonds created under a situation that no longer reflects the desire for the present mold. Those involved. Thus, although the acquired self-determination space has been identified in the patriarchal area of ​​familial relations, important steps must be taken to find the best fit for the norm and the private will, especially with regard to the above. At 70, they are still facing significant restrictions. Superior Courts have to deal with the financial jurisdiction of family law.